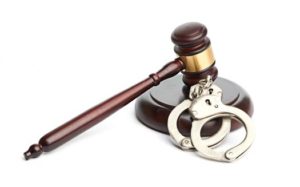 Being charged with any type of DUI is serious. When one is charged with an aggravated DUI, however, the charge goes from a misdemeanor to a felony. Such felonies can be punished by time in state prison. A felony conviction will also tarnish one’s record for life, make it difficult to obtain employment, and will make it illegal to own a firearm. If you have been charged with an aggravated count of driving under the influence the you are facing a serious situation. Contact our Phoenix criminal defense lawyer today.

Whether or not an Arizona DUI case is considered “aggravated” is determined by conduct and not your blood alcohol level. Reasons a person may be charged with aggravated DUI include:

An aggravated DUI case begins when the prosecution files either a Complaint or an Indictment. If a Complaint is filed then there will be a preliminary hearing at which the State will request permission to charge you with a felony. If an indictment is filed then the Grand Jury will typically grant permission for prosecutors to bring felony charges. Once the felony case is initiated then a trial date will be set and it is important to build a defense. Your choice of attorneys will have a dramatic impact on your future.

Bretton Barber is a Phoenix lawyer assisting those charged with the highest level of DUI. Bretton will use your initial consultation to gain an understanding of how you were arrested. He will quickly acquire all police reports, lab results, and other evidence intended to be used by the prosecution. He will analyze whether the police had reasonable suspicion to stop your vehicle. If reasonable suspicion did not exist then he will file a Motion to have the case dismissed under the Fourth Amendment to the United States Constitution. He will also take steps to challenge the state’s evidence. This challenge can come through disputing the state’s collection and testing procedures as well as other areas. You are facing a serious situation and Bretton will treat it as such. In addition to Phoenix we represent defendants in other Maricopa County cities such as Mesa, Glendale, Scottsdale, Chandler, and Gilbert. We also assist Pima County residents in Tucson. Call our attorney today to schedule a consultation.

Bretton places a high value on the attorney/client relationship. He understands that the most common complaint clients have about their attorneys is a problem with communication. That is why Bretton provides his clients with a direct line of contact. We take pride in the level of service we provide and are ready to assist you. Contact our office today to schedule a free consultation.