Arizona Nurses Must Prepare A Defense To Protect Their License 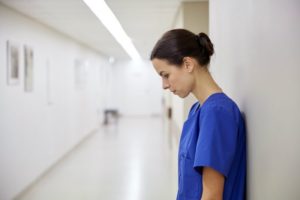 This is the next post in my series on the handling of professional licensing cases involving Arizona nurses. My last post discussed the process an RN faces when charged with misconduct. It is crucial that one in such a situation retain an attorney immediately; the process can be complicated and attempting to handle it yourself puts you at a disadvantage. In this post I will discuss another topic – preparing your defense in such a matter.

As I discussed in my last post, Arizona nurses and CNA’s charged with misconduct may not conduct full discovery as part of preparing their defense. They can, however, interview and call witnesses. This means that if a nurse is alleged to have a substance abuse problem then witnesses may be called to discuss whether the RN ever appeared to be impaired at work, if employees or others have ever known the person to use drugs, etc. Witnesses one wishes to call must have firsthand knowledge of the information which they will be testifying to; a witness cannot testify to their general beliefs or to what they heard from others. One may only offer testimony regarding that which they observed.

Defendants in such matters are allowed to interview witnesses to determine how they will testify at a license hearing. When one goes out and interviews a potential witness, however, it is important to understand that the witness is not under oath. This means they have no obligation to tell the truth. However, when they are testifying before the Judge or speaking to the Nursing Board, they are obligated to tell the truth.

Another part of preparing one’s defense involves document collection. This is especially important when I am attempting to resolve the matter with the Nursing Board so that there is no need to go to an Administrative Hearing. If the accused has emails or other records which prove there was no misconduct, then those records may be presented. The rules of evidence will apply in attempting to admit them. A licensing lawyer, familiar with the process, can greatly aid in the investigation and ensure that no stone goes unturned in preparing your defense. I assist with such issues. Contact my office today to speak with an attorney. In addition to Phoenix, I represent defendants in other Maricopa County cities such as Mesa, Glendale, Scottsdale, Chandler, and Gilbert. We also assist Pima County residents in Tucson as well as others throughout the state.