Conducting An Investigation When One Is Charged With Assault In Phoenix, Arizona 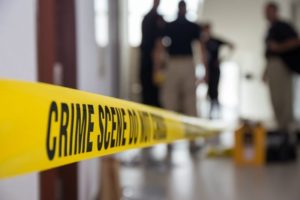 This is the next post in my series on defending one charged with assault in Phoenix, Arizona. My last post discussed how a defendant can suppress statements which were made to the police in violation of one’s Miranda rights. It is important to understand that statements will not automatically be admitted simply because words were uttered by the accused. In this post I will discuss the handling of an investigation when one is charged with assault in Maricopa County or elsewhere in Arizona.

It is important that one’s criminal defense lawyer immediately begin an investigation after assault charges have been filed. This is crucial as the investigation can raise additional facts which the attorney may wish to gather, may lend background for pre-trial motions, and can also point out inconsistencies in the prosecution’s case.

A defendant’s lawyer will receive what is known as “discovery” shortly after an assault case is filed. The discovery includes police reports, witness statements, and other evidence gathered by law enforcement. One of the attorney’s first acts should be to visit the scene of the incident. Visiting the scene gives counsel a greater perspective and understanding of the case and allows him or her to better advocate on the defendant’s behalf. Additional steps should include interviewing witnesses and the arresting officers to determine the consistency of their testimony as well as determining if other evidence (such as security footage) was not provided by the police or prosecution. A thorough investigation allows counsel to properly prepare a case for trial.

Investigating the case also allows counsel to gain a broader understanding of facts which will be included in pre-trial motions. Such motions may include requests to suppress statements, requests to suppress illegally seized physical evidence (such as weapons), and requests to suppress in-court identifications. While many attorneys, unfortunately, file such motions after only reviewing the initial discovery, the fact of the matter is that visiting the scene gives counsel an added perspective and allows for better argument as to why evidence should be excluded from Court.

I cannot stress enough that, if you have been charged with assault, you need to retain a lawyer who will fully investigate the case. When consulting with an attorney I would suggest that, before you make a decision as to who you wish to retain, you ask them what steps they will take to gain additional facts. Their answer should help you decide who it is you wish to hire.

Contact my office today to schedule an initial consultation. In addition to Phoenix I also represent defendants in other Maricopa County cities such as Mesa, Glendale, Scottsdale, Chandler, and Gilbert. We also assist Pima County residents in Tucson.