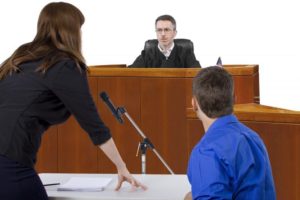 This post wraps up my series on defending against charges stemming from the violation of an Order of Protection in Phoenix, Arizona. I decided to write this series due to the fact that many defendants make the mistake of thinking that such cases are a private matter between two parties and fail to recognize the gravity of their situation. I cannot stress enough that you should contact a criminal defense attorney immediately if you find yourself facing such charges.

I have covered several topics over my recent posts. Subjects I have analyzed included:

These are important topics as they touch on some of the most common misunderstandings in this area of law. First, many see such violations as “no big deal.” They then show up in Court thinking the Judge will not be overly concerned with the case. Such defendants are surprised to find out that they may receive jail time. Also, it is not uncommon for such charges to be false as an angry ex may be attempting to gain leverage in a divorce or child custody case. Finally, it is a common misunderstanding to think that it is not a crime to speak with the victim if they were the one who initiated contact – it is still an offense to do so. Having an understanding of these subjects can help an accused to better defend themselves in Court.

If you are charged with violating an order of protection then you should contact a lawyer as soon as possible. The sooner you contact counsel then the sooner they can begin building a defense on your behalf. This may include interviewing witnesses who can testify that the alleged violation did not happen, obtaining documents such as phone records, emails, and other records which may disprove the victim’s claim, and interviewing law enforcement officers if necessary. You are facing a serious situation and you should take it seriously by retaining counsel.

As a Phoenix defense lawyer I handle cases involving charges of protection order violation. I use a defendant’s initial consultation to hear their version of events, to formulate a strategy, and to begin building a defense on their behalf. Contact my office today to schedule an initial consultation. I also handle such matters in Mesa, Glendale, Scottsdale, Chandler, and Gilbert. We also assist Pima County residents in Tucson.