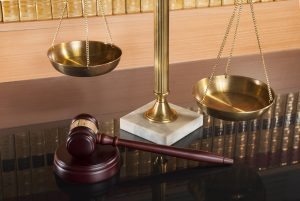 This is the next post in my series on the handling of probation revocation hearings in Phoenix, Arizona. My last article discussed the possibility of having probation reinstated after one has allegedly violated their supervision. It is important to understand that one may possibly negotiate a reinstatement which would then put additional requirements in place. Defendants often err by thinking that they have no chance of negotiating a reinstatement. In this article I will discuss the possibility of defending against revocation at a Court proceeding. It is important to understand that this is a complicated process and you need to retain a criminal defense attorney who is familiar with such matters.

A defendant may dispute the revocation of their probation at a hearing. It is important to understand that it is up to the Judge and not the supervising officer or prosecutor to decide whether a defendant’s probation should be revoked. There are two possible scenarios in which a Court may hold a hearing and decide that revocation is not warranted. First, a Judge may find that the alleged reasons for supervision may not have occurred. This may happen if the basis for revocation is a new criminal charge. Second, the Court may find that even though the allegations are true, the public’s interest would not be served by revocation. I will discuss each of these possibilities in turn.

Many probation officers will quickly file a revocation request if a defendant picks up a new charge. In our system of justice, however, one is innocent until proven guilty. In a case where the defendant has pled “not guilty” to the new case, and is actively fighting the charges, the Court may not immediately terminate one’s probation. A more common scenario would be for the Court to not decide the issue of revocation until the second criminal case has been decided. If an accused is found “not guilty” on the second charge then they would have a strong argument against revocation of their supervision. If, on the other hand, they are found guilty on the other charge, then they may have to serve the additional sentence consecutively to the time they will serve for the case which led to probation.

There may also be instances in which a Court would not terminate one’s probation even though they clearly violated the terms of their supervision. Say, for example, one has been a model probationer who has stayed out of trouble, maintained employment, and has satisfied all of their requirements with the exception of failing multiple drug tests. Under such a circumstance the Court may see the matter as an issue of addiction and there is an argument to be made that it does not serve the public interest to incarcerate such a defendant. Some Judges may be willing to give such a defendant another chance while some would not. Retaining a lawyer who can argue the case to the Judge is crucial to the outcome of the situation.

If you or a loved one have allegedly violated your probation then contact my office today to speak with a lawyer. I am a Phoenix probation violation attorney who also serves we service Maricopa County areas such as Mesa, Glendale, Scottsdale, Chandler, and Gilbert as well as Pima County residents in Tucson.