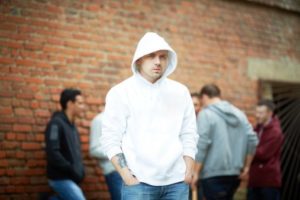 Disorderly conduct is a catchall charge that law enforcement can use to deal with any number of situations. While many often equate this charge with a minor incident of little concern, the truth is that a misdemeanor conviction can seriously damage your future. Add this risk to the fact that additional charges are often included in Arizona disorderly conduct cases and it becomes important that one seek legal representation. Our Phoenix criminal defense attorney regularly handles such cases. Call our office today to speak with a lawyer. We also represent defendants in other Maricopa County cities such as Mesa, Glendale, Scottsdale, Chandler,Gilbert and Pima County residents in Tucson.

Many err in thinking that an Arizona disorderly conduct charge is “no big deal.” The fact of the matter is that the charge is a class one misdemeanor which can be punished by up to six months in jail, fines, and a permanent record. Our state’s definition of disorderly conduct is intentionally broad. A person may be charged for this offense if they intentionally disturb the peace of a family, neighborhood, or person through engaging in any of the following behavior:

There are other charges which often accompany allegations of disorderly conduct. These include criminal trespassing charges and allegations regarding criminal damage of property. Hiring an attorney to assist you through this situation is important to your future.

Phoenix criminal defense lawyer Bretton Barber defends misdemeanor cases in Maricopa County. Bretton will immediately acquire all relevant evidence from the state. He will quickly file any necessary motions. These may include requests to suppress statements you made to the police, testimony from eyewitnesses, as well as any incriminating evidence that was seized from your person. He will investigate the scene of the incident and take all necessary steps to have a full understanding of the case. By staying in regular contact with you throughout the process, our attorney will help you to understand what to expect as your case moves forward. Do not make the mistake of treating a misdemeanor as if it were a trivial matter. Call our attorney today to schedule an initial consultation.

Every disorderly conduct case is different. Bretton’s goal is always to have the charges dismissed against his client, but that is not always possible. In the event that prosecutors have enough evidence to move forward with your case then Bretton will give you an honest assessment of the situation. He will present you with all of your options. These may include whether you should plead guilty for a reduced sentence or fight the charges against you. If you have been charged with disorderly conduct then it is important to consult with an attorney prior to pleading guilty or no contest to the charges. A lawyer will often be able to obtain a better result than you would be able to receive on your own. Contact our Phoenix office today to schedule an initial consultation.