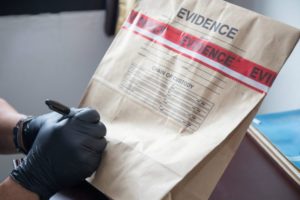 This is the next post in my series discussing how search and seizure issues impact criminal cases in Phoenix, Arizona. My last article analyzed the topic of whether Arizona police can search your vehicle with a drug-sniffing dog. That was an important topic to discuss as the U.S. Supreme Court recently weighed in on the issue in Rodriguez v. U.S. In this post I will discuss the process one faces when attempting to exclude illegally gained evidence from Court proceedings. If you are a Phoenix area resident and you believe that your rights have been violated then it is important that you contact an attorney immediately.

The first step in excluding evidence from Court is to file a formal request. This request is known as a “Motion.” A Motion filed with the Court must contain language stating what it is the defendant is asking for (the suppression of evidence in this instance) and must also articulate an argument as to why the request should be granted. In other words, the Motion needs to explain the facts of the case, reference the legal standards which are to be applied, and make a concise argument that those standards were violated. A Motion that contains limited reference to statutes, case law, or other legal standards is likely to be denied. Given that Fourth Amendment law is very complicated, and often open to interpretation, it is suggested that you retain an attorney who is familiar with the process to assist you.

The Court will often schedule an evidentiary hearing after a Motion to Suppress has been filed. This is a hearing at which the arresting officer and any other necessary witnesses will testify before the Judge. The Judge will gauge the testimony offered and issue an opinion as to what the actual facts of the case are. The Judge will then apply the law to those facts and determine if a violation of one’s rights has occurred. It is important to understand that an arresting officer does not get a free pass which allows him or her to make up any version of facts that they wish. The defendant’s counsel will be able to cross-examine the officer and to confront the officer with any conflicting evidence. This evidence may include conflicting statements from the prior defense interview, police reports, witness statements, security footage, etc. More often than many people realize, it can be shown that the officer violated a defendant’s rights. Furthermore, Arizona’s Rules of Criminal Procedure are unique because defendants can interview any witnesses and police officers prior to filing a motion to suppress. This makes having an attorney who knows what questions to ask, and what answers to insert, into the motion.

The prosecution will not be able to introduce any evidence which is found to have been illegally seized at trial. In many instances this can make the difference in whether or not the prosecution can go forward with the case; there are many instances in which the ability to prosecute a defendant may hinge on whether a certain piece of evidence is admissible. Many times the prosecution will dismiss the case or offer a much more favorable plea agreement after an attorney files a thorough motion to suppress. Phoenix residents who feel their rights have been violated should contact an attorney immediately.

It is of great benefit for an accused to speak with counsel. It is common for a defendant to feel that their rights were violated in one particular way and to wish that the violation be pursued. Quite often, however, a criminal defense attorney can analyze the case and spot additional violations which the defendant may not be aware of. This is why hiring counsel with experience in these matters is the best way to protect your rights. In addition to Phoenix, I also service other Maricopa County cities such as Mesa, Glendale, Scottsdale, Chandler, and Gilbert and I assist Pima County residents in Tucson. Contact our office today to schedule an initial consultation.