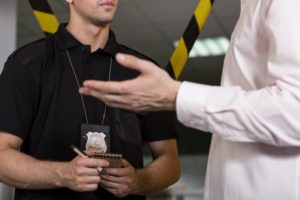 This is the fourth post in my series on the handling of assault cases in Phoenix, Arizona. My last post discussed how defendants can suppress eyewitness identifications from open court. It is important to understand that such identifications can be excluded as many assault cases hinge on an ID. In this post I will address another important topic – excluding statements one makes to police after an incident. Keeping incriminating statements out of court can be crucial to a defense.

Most Americans are familiar with the idea of Miranda rights. These include the right to remain silent when arrested, etc. Most Americans are also under a misunderstanding as to how the Fifth Amendment protects them. One’s right to remain silent applies any time they are in police custody, which does not necessarily mean “under arrest.” Whenever one is in custody then they have the right to have an attorney present while being questioned by the police. If a defendant waives this right, and begins answering police questions, then the fact that they did not have an attorney present will not be relevant and statements will be admissible at trial.

The last of the above points is crucial – the fact that many defendants waive their Miranda rights. In the context of an assault case this means that a defendant chooses to talk to the police after having been read their rights. This leads many defendants to feel that they need to simply take a plea deal because they admitted facts to the police. The truth of the matter, however, is that statements can still be excluded if the waiver of rights was due to pressure from law enforcement. This means that if law enforcement takes steps to intimidate a defendant accused of assault, and the defendant makes incriminating statements, then the defendant’s words may be excluded from Court. Phoenix residents charged with assault, who feel they incriminated themselves, should hire an attorney to determine if their Fifth Amendment rights were violated.

If a Phoenix defendant’s Fifth Amendment rights were violated then they may file a Motion to Suppress the statements from Court. Once the Motion is filed then the prosecution will file an Opposition and the defendant can then file a Reply. The Court will hold an evidentiary hearing and render a decision as to whether the statements may be used in Court. If the statements are excluded, and the case largely hinges on what was said, then the case will effectively end. Contact my office if you have questions about this process. I also represent defendants in other Maricopa County cities such as Mesa, Glendale, Scottsdale, Chandler, and Gilbert. We also assist Pima County residents in Tucson.