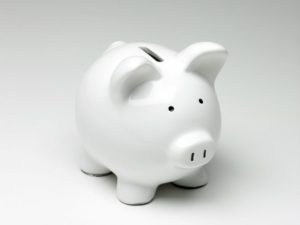 This is the next post in my series discussing why it is important to hire a criminal defense attorney when one has been charged with a misdemeanor in Phoenix, Arizona. My last post provided an overview of topics that I will be discussing throughout my series. This article will discuss why hiring a lawyer to handle a misdemeanor case should be looked at as an investment that will save money in the long run. Do not make the mistake of going unrepresented when charged with a crime.

Financial concerns are the most often cited reason why those charged with misdemeanors forgo hiring a criminal defense lawyer. It is not cheap to hire an attorney and those charged with misdemeanors will often not be appointed a public defender. The reason for this is that prosecutors will often not seek jail time; the United States Constitution only guarantees a right to counsel when incarceration is sought. Many, therefore, attempt to represent themselves because 1) they feel it is financially necessary to do so and 2) the state will not appoint an attorney. These are just some of the reasons why many make the decision to simply resolve their matter, by taking the first plea offer, without consulting with counsel.

It is an error to handle a misdemeanor case without representation. While you may feel that you are likely to be convicted, and that representation will make little difference, the truth is that a misdemeanor conviction will have serious repercussions on your life. If you are convicted of domestic violence then you will face many consequences that reach past your actual sentence, haunting you for years to come. For example, many employers and landlords will not hire or lease to people convicted of domestic violence offenses, even if they are misdemeanors, and you will be prohibited from owning a firearm for the rest of your life under both Arizona Law and Federal Law. Other ramifications of any misdemeanor conviction can include the inability to pass a background check, possibly being disqualified from professional licenses, and facing stiffer penalties for any future convictions. These are the types of considerations which must be factored into the decision of whether or not it is worth the money to retain a criminal defense lawyer. When viewed in this light, representation does not seem like such a drastic expense.

The ramifications of a criminal conviction are enough to justify hiring a lawyer. An additional reason to seek counsel is that an attorney can often obtain a better result than one can obtain for themselves. Having an attorney also means you will have someone who is working for you, going to court so you don’t have to, and available to answer any questions that may come up along the way. A defendant who is caught committing a crime, for example, will often see it as a matter of “I got caught” and feel like the debate ends there. An attorney, however, will be able to identify whether your constitutional rights were violated by the police and whether such violations justify excluding evidence from your case if not outright dismissing it. Common violations by law enforcement include infringing upon the Fourth Amendment right against unreasonable search & seizure, violating the Fifth Amendment’s Miranda protections against self incrimination, or arresting one on the basis of an overly suggestive eyewitness identification. Your rights may have been violated and you may not even realize it. Consulting with an Arizona misdemeanor defense attorney, in my opinion, is a must for anyone charged in Phoenix or Maricopa County Courts.