How Phoenix Defendants Can Protect Themselves Against Criminal Assault Charges 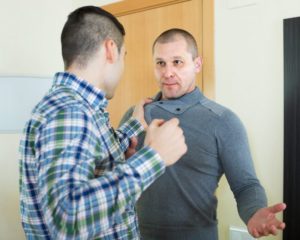 This is the first post in a series meant to help Phoenix residents defend themselves when charged with criminal assault. I am writing this series due to the fact that residents facing such charges often do not know what to expect from the process nor their options for defending themselves. I cannot stress enough that, if you have been charged with assault in the state of Arizona, you should not consider such charges to be a “do it yourself project.” Contact a criminal defense attorney immediately if you are facing such charges.

I will be addressing a number of issues over my coming posts. Topics I intend to address include:

It is crucial that defendants understand these issues. Too often the accused feel that they have no options when charged with assault. This belief comes from a mistaken assumption in which one takes a belief along the lines of “they arrested me and there’s nothing I can do.” As I will explain over my coming articles, the truth of the matter is that there is quite a bit a defendant can do in such situations. It is my hope that defendants do not simply accept a quick guilty plea when they, in fact, have legitimate defenses.

If you are charged with assault then contact a lawyer as soon as possible. In addition to Phoenix we represent defendants in other Maricopa County cities such as Mesa, Glendale, Scottsdale, Chandler, and Gilbert. We also assist Pima County residents in Tucson.