How To Respond When Charged With Domestic Violence In Phoenix, Arizona 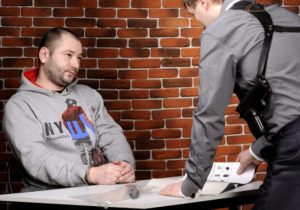 This is the first post in a series I am writing to help Phoenix, Glendale, and other residents of Maricopa County prepare for the legal process which follows an arrest for domestic violence. I am writing this post because many people do not know what to expect following an arrest. Some may have misinformed beliefs about what happens next. Over my next several articles I hope to provide information to help people prepare for what is ahead. I hope those reading utilize the information in this series to have a more informed discussion with their criminal defense attorney.

Throughout this series I will be explaining each step in the legal process as it relates to a domestic violence allegation. Topics I will cover include:

When a person is accused of domestic violence then they will always be facing additional charges. Domestic violence is not itself a crime, but instead is attached to other crimes as an allegation. This is what makes a crime a domestic violence crime. These may include disorderly conduct, criminal trespassing, and assault. Like any other crime, a domestic violence related incident can be charged anywhere from a class 3 misdemeanor to a felony charge. When permanent or severe harm has not been incurred by the victim, and a firearm was not involved in the crime, then a misdemeanor charge is generally appropriate. However, adding a domestic violence allegation enhances the severity of a crime and opens up the defendant for additional penalties. Persons convicted of a domestic violence related crime automatically lose their right to own or use a firearm under state and federal law- even if the crime is charged as a misdemeanor or if the person is employed in a position that requires the ability to carry a firearm. Domestic violence allegations can be devastating to the livelihood of law enforcement officers, military officers, and persons employed in private security firms. This means that a person may lose parts of their freedom even if they are convicted of a misdemeanor crime in which the victim in question was not seriously harmed.

Domestic violence is a serious allegation that has lasting consequences for a person if convicted. If you have been charged with a domestic violence in Phoenix or Maricopa County then it is important to consult with a criminal defense attorney and review all of your options carefully. Contact my office today and schedule a consultation. In addition to Phoenix I represent defendants in other Maricopa County cities such as Mesa, Glendale, Scottsdale, Chandler, and Gilbert. I also assist Pima County residents in Tucson.