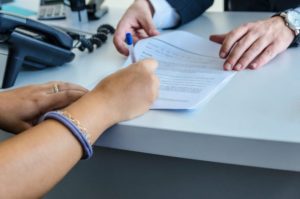 This is the next post in my series on whether Phoenix area defendants should accept a plea agreement in matters involving misdemeanor charges. My last article discussed the purpose behind plea bargaining and the process. In this discussion I will be focusing on issues which one should consider before accepting a plea deal. I cannot stress enough that, if you are charged with a crime, then you should speak with an attorney immediately.

Defendants sometimes err by rushing into a plea deal out of a desire to resolve their case. This can be a mistake as misdemeanor defendants may have legitimate defenses against the charges. One may have been acting in self defense in cases of domestic violence, assault, or other crimes of violence. In cases involving DUI then there may be search and seizure issues which can lead to dismissal of the charges. Taking a plea agreement prematurely can result in one having a criminal record for charges which they might have been able to defend in Court, or have obtained a better plea agreement by using the same arguments that are often used for dismissal. Consulting with an attorney can help Phoenix residents determine whether they should plead guilty pursuant to negotiations.

It is important for Phoenix defendants to be honest with themselves regarding their ability to honor the terms of any plea agreement they enter into. Pleading guilty will result in a defendant having several obligations. One will be required to stay out of trouble for a defined period of time, to pay financial fines or restitution, to possibly perform community service, as well as other requirements. Unfortunately, many defendants enter into a plea agreement out of a desire to quickly resolve their case and do not consider whether they can fully meet the obligations of the agreement. If one fails to honor their obligations then the Judge will likely impose the sentence for the original offense. This almost always means incarceration in the County Jail.  A criminal defense lawyer can assist one in both negotiating a plea deal and in determining whether a deal is in the accused’s best interests. If you have been charged with a misdemeanor, or any other crime, then you should contact an attorney immediately.

Counsel can help you understand if taking a plea agreement is in your best interests. If you are someone who has difficulty keeping appointments, maintaining a schedule, or will have a hard time paying fines then there may be issues with your honoring the agreement. Counsel can continue negotiations with the prosecution to get you the best deal possible.