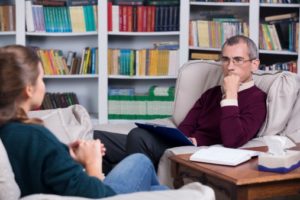 People gain a background in psychology out of a desire to help people. Few things can be as fulfilling as the feeling that one helped another get their life back on track. There are, unfortunately, instances when a licensed psychologist may find their ability to help others in jeopardy due to a discipline hearing before the Arizona Board of Psychologists. You may even need help because the board won’t issue you a license in the first place because of your past. If you find yourself in such a situation then it is important that you contact a lawyer for assistance immediately. Our Phoenix attorney assists such professionals in hearings and on appeal. Contact our office today to schedule an initial consultation.

Arizona psychologists can find themselves in a disciplinary hearing, or unable to obtain a license, for a number of reasons. They may have found themselves charged with a misdemeanor, a complaint may have been filed by a client, another professional may have filed the report, or one may have been told to self-report by their employer. After a case is filed against the professional then the matter will be reviewed by the Arizona Board of Psychologists. This is the best time to negotiate a settlement for one to keep or get their license, and having an experienced attorney at the negotiating table can make all the difference. If a satisfactory agreement cannot be negotiated, one can appeal and be  heard by the Arizona Office of Administrative Hearings. An administrative law judge will preside over a hearing, which will appear very similar to a trial, and issue a recommended decision to the Board of Psychologists. After this decision is rendered the Board will issue their decision regarding final discipline. If the professional is not satisfied with the outcome then they may appeal the licensing board’s decision to the Superior Court. It is highly suggested that one retain a professional licensing defense lawyer to assist them with the process.

Bretton Barber is a Phoenix attorney who represents psychologists in hearings before the Arizona Board of Psychologists and the Arizona Office of Administrative Hearings and throughout the disciplinary process. Bretton will use your initial consultation to gain a broader understanding of what happened and to plan any necessary interviews and investigations which may be necessary in your defense. If the claims against you are false then he will prepare to cross-examine your accuser and establish what actually happened. If the allegations against you are technically true, but there are extenuating circumstances (such as possible addiction issues, health issues, family illness, etc.) then he will ensure that your case is fully presented and considered. Bretton understands that you are facing a serious situation which involves the possibility of losing your career, and he takes this matter seriously. Contact us today to speak with our lawyer. In addition to Phoenix we represent professionals in other Maricopa County cities such as Mesa, Glendale, Scottsdale, Chandler, and Gilbert. We also assist Pima County residents in Tucson.

Phoenix psychologists, alleged to have committed misconduct, should contact a lawyer immediately. It is understandable that receiving notice of a misconduct allegation is stressful and overwhelming. That being said, the sooner you contact counsel then the sooner you may be able to get the issue resolved. By contacting an attorney earlier, rather than later, it is possible you can reach a resolution which both protects your license and avoids the trial process described above.

Also, if you are a licensed psychologist, and have been charged with a misdemeanor then you should seek immediate representation as you may be obligated to report the charge to the Board under ARS 32-3208. We are ready to assist you. Contact us today if you are facing disciplinary actions or if you need to appeal an administrative decision to the Superior Court.