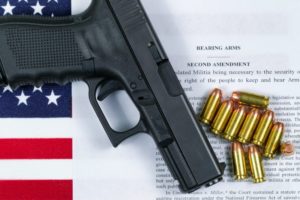 This post concludes my series on maintaining one’s firearm rights after having been charged with a crime in phoenix, Arizona. Guns, and the ability to possess them, is a topic which people are highly passionate about. I decided to write this series as I often see confusion about whether or not one may possess a gun – some incorrectly feel that their rights have been taken away while some mistakenly believe that they retain their rights. My goal with these posts has been to clear up this confusion.

I have written on several topics over my recent posts. Topics I have looked at included:

These are important topics to understand. First, many are unaware that they are banned from gun ownership even if their conviction was in another state. Second, defending against charges will preserve one’s gun rights. A defendant must have been convicted of the charge. Simply being charged is not enough. Finally, Arizona law allows one to maintain their gun rights if they have their conviction set aside or their firearms rights restored. Understanding these issues can help one to make better choices when deciding whether or not to own a gun.

I cannot stress enough the fact that you should contact an attorney immediately if you have been charged with illegally possessing a gun. Prosecutors have no patience for wrongful firearm possession and may be facing additional state and federal felonies if they violate the law. Contact our Phoenix lawyer today if you are facing such charges. In addition to Phoenix, I represent defendants in other Maricopa County cities such as Mesa, Glendale, Scottsdale, Chandler, and Gilbert. We also assist Pima County residents in Tucson as well as others throughout the state.