Phoenix Nurses Must Build A Record During Disciplinary Proceedings 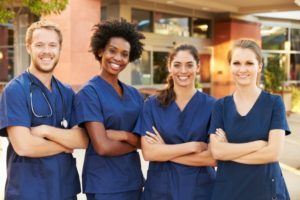 This is the next post in my series on why Phoenix nurses should retain an attorney to assist them in matters involving professional discipline. My last article discussed how a lawyer can assist with the Arizona Board of nursing. It is important to understand that you may be facing a complicated process and that having counsel can assist you as the situation moves forward. In this article, I will be discussing the importance of building a record during any suspension or disciplinary hearing. Building a record is crucial if your case has to be appealed to the Office of Administrative Hearings or to the Superior Court.

If you lose your disciplinary proceeding, then you may be facing limitations upon your nursing license or even suspension. It goes without saying that such an outcome can greatly reduce your ability to earn a living and can also have a devastating impact on your life in general. If such an outcome occurs, then you will have the option of appealing the decision first to the Office of Administrative Hearings and then to the Superior Court. Appealing the matter, however, is not a “do over” or a fresh proceeding at which you get to argue your case again. The Administrative Law Judge will review the record of your disciplinary hearing and determine whether the board of nursing misapplied the law to your case or made some other legal mistake (such as allowing the introduction of evidence which should not have been considered). If information is not included in the administrative hearing record, then it cannot be presented or argued to the Appellate Judge.

It is crucial that you raise relevant issues at your administrative hearing so that you may bring them up on appeal if necessary. Say, for example, you are a Registered Nurse facing discipline over alleged drug use. Now say the evidence of drug use is clear. You would face severe discipline but the presentation of certain facts, known as “mitigating factors,” could lead to a more favorable resolution. If the board of nursing refused to consider the mitigating factors, then that refusal may form the basis for an appeal. If your lawyer does not attempt to introduce proof of the mitigating factors during the administrative hearing, then it would not be possible to bring up the issue on appeal. This is just one example of why various issues must be raised to protect your ability to raise them on appeal.Retaining an experienced Phoenix licensing defense lawyer can assist nurses facing suspension. Counsel can analyze the facts of your case and determine which issues are best to raise at your board hearing. By retaining a qualified attorney, you help to ensure that your interests are protected and that future possibilities are considered. These are just some of the reasons why you should not consider disciplinary proceedings to be a “do it yourself” project. Contact my office today to schedule an initial consultation.

I also represent defendants in other Maricopa County cities such as Mesa, Glendale, Scottsdale, Chandler, and Gilbert. My firm also assists Pima County residents in Tucson.