Phoenix, Arizona Residents May Expunge Their Record After They Successfully Complete Probation 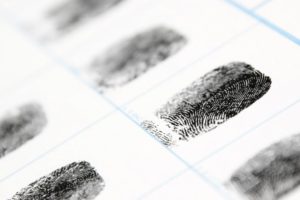 This is the next post in my series on plea negotiations in the State of Arizona. My last post discussed what one can expect while serving probation in the Phoenix area, after having pled guilty to a misdemeanor. It is important to know what to expect from the process because it prevents defendants from setting themselves up for failure. In this article I will discuss the possibility of expunging your record after having completed your probation.

Being convicted of a misdemeanor, pursuant to a plea agreement, will typically result in one being placed on probation. Unfortunately, having even a misdemeanor conviction can have a serious impact on one’s future. Such a conviction can prevent one from gaining employment, from gaining certain professional licenses, and can require that one disclose the offense in a variety of situations. Fortunately, Arizona’s laws regarding expunging your record, known as a “conviction set aside,” are more defendant-friendly than the laws in many other states.

Under ARS 13-907 a defendant convicted in Phoenix, or anywhere else in our state, may set aside their conviction once they have completed all of their requirements and have been discharged from probation. This allows one to partially escape the stigma which comes from having been convicted of a crime. In other words, one who accepts probation and gets through the process as painlessly as possible can then take immediate steps to get their life back on track. This is far different than many other states which require one to wait several years after having completed their requirements, to request a sealing of their records. Even worse, some states do not even allow a misdemeanor conviction to be expunged or set aside. The more progressive state of Arizona’s law in this area means that those who are completing probation are given more of a chance to push their life forward.

Phoenix defendants who have completed probation should contact an attorney regarding having their conviction set aside. Hiring Counsel, who is experienced in completing set asides can help to ensure that all documents are properly filed and that the process goes smoothly. My office has helped numerous defendants clear their records and we pride ourselves on completing the process at a reasonable price.

Contact me today to discuss setting aside your conviction after you have completed your probation. In addition to Phoenix, I also represent Maricopa County defendants in Mesa, Glendale, Scottsdale, Chandler, and Gilbert and Pima County residents in Tucson.