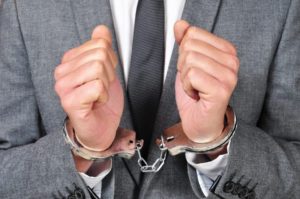 Phoenix residents with outstanding arrest warrants need to deal with the issue immediately. Many defendants, unfortunately, see a warrant as “no big deal” and are surprised when more serious issues arise later down the road. If you live in the Phoenix area, or elsewhere in Maricopa County, then it is important that you contact a criminal defense attorney immediately to deal with any outstanding arrest warrants.

Arrest warrants can be issues for matters as simple as failing to appear for Court, even if you were not aware of your need to be there. Such matters can have a serious impact on one’s situation. An outstanding arrest warrant can lead to one’s driver’s license being suspended, additional fines and penalties, and one not being able to travel at the airport (as airport security will not allow one with a warrant to board a plane). Not dealing with a warrant can also lead to one being arrested if they are stopped for a simple traffic infraction or other minor offense. Such issues can be prevented by dealing with a potential warrant now.

Not dealing with an outstanding arrest order can have more serious consequences for some defendants. This consequence is that law enforcement may be given justification to conduct a search which will uncover other evidence and lead to additional criminal charges. An example of this would be an officer pulling over a car because the driver’s plate numbers show them as having an outstanding warrant. The officer would then have justification to stop the vehicle, arrest the driver, and conduct a “search incident to arrest.” If the officer uncovers illegal items, such as narcotics, then the warrant will have led to one facing larger criminal charges. Situations such as this are more common than one may think.

If you reside in the Phoenix area and have an outstanding warrant then it is important that you contact a criminal defense lawyer immediately. I also represent Maricopa County defendants in Mesa, Glendale, Scottsdale, Chandler, and Gilbert and Pima County residents in Tucson. Contact my office today to schedule an initial consultation.