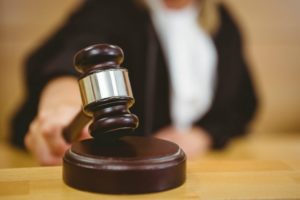 Phoenix defendants are sometimes charged with violating an order of protection. People accused of such offenses often make the mistake of thinking that the matter is “no big deal” and that it is simply a private matter between two parties. The fact of the matter, however, is that the Court takes such matters very seriously and one charged with violating a protective order should contact a criminal defense lawyer immediately. It is also worth contacting an attorney as soon as an order of protection is issued so that you can go into Court and have it removed.

Orders of protection can be entered in a number of circumstances. One such circumstance arises after a defendant has been charged with domestic violence. It is standard for the alleged victim to ask the Court to enter a restraining order/order of protection after a police report is filed in such cases. Another circumstance giving rise to such orders is when one applies for a restraining order against an ex-boyfriend or ex-girlfriend who they feel is harassing them. Once such an order is entered then it becomes a crime to contact the protected party. This is true even if you are responding to the person (for example, answering a phone call or returning a text message).

Many defendants make the mistake of thinking that, since the case involves them and an “ex,” that it is simply a private matter between two parties. An accused may think that they can “just talk to the other party” and everything “will be ok.” The truth of the matter, however, is that the state of Arizona is now involved in such matters and it is now an issue between the accused, law enforcement, and state officials. Failing to understand this fact can quickly lead to one facing charges for stalking, harassment, or possibly domestic violence.

It is also important to understand that it is a crime to contact one who has an order of protection even if they contact you first. The fact that one initiates contact with you would not be a defense against new criminal charges. If your freedom is being restricted by an order of protection, and the other person is contacting you, then your remedy is to ask the Court to dissolve the order. An attorney can assist you with this process.

If you are in the Phoenix area and you are charged with violating a protective order then it is imperative that you contact a criminal defense lawyer immediately. I also represent Maricopa County defendants in Mesa, Glendale, Scottsdale, Chandler, and Gilbert and Pima County residents in Tucson. Contact my office today to schedule an initial consultation.