Phoenix Residents Must Understand the Severity of Prescription Drug Cases 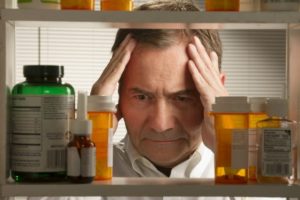 This is the next post in my series discussing prescription drug charges brought in the greater Phoenix, Arizona area. My last post provided a general overview of topics which I will be discussing during this series and also explained why people should hire an attorney if they are facing such charges. In this article I will be expanding on the latter and discussing one of the biggest mistakes made by residents of Phoenix and Maricopa County – the failure to understand the severity of prescription drug charges.

It is easy to understand why one would think that prescription drug charges do not need to be taken as seriously as other criminal charges. Many have the belief that prescription drugs are not as dangerous to society as illegal street drugs. This belief is often based on the fact that the former is actually prescribed by a physician. In truth the government, at every level, has recognized prescription drug abuse as the country’s number one drug problem as their use has grown at rates never before seen. The result is a new level of arrests and prosecutions  to increasingly crack down on such offenses. Nowhere is this more true than in Arizona, where it used to be that the crime was possession of a “prescription-only drug,” a misdemeanor. Now people are charged with either possession of a narcotic drug or possession of a dangerous drug, both class four felonies. To give you an idea of how serious these charges are, consider the fact that arson of a residential structure and robbery are both also class four felonies.

Many defendants enter Court with a misunderstanding that is based on the belief that prescription drug charges are not serious. These defendants may expect that the prosecutor will not “go hard” on them. These same defendants are surprised to find out the severity of the situation. This surprise can lead to panic which, in turn, leads to the defendant immediately accepting a plea offer. Taking a plea offer in this matter is harmful to one’s future. A defendant may have not realized that their search and seizure rights had been violated or they may have taken a deal with requirements that they will have difficulty completing. In fact sometimes the requirements are nearly impossible to complete given the time commitment that is necessary, as well as transportation issues and similar logistical concerns. The result can be a lasting criminal record or, worse, jail time when one fails to complete their requirements. By recognizing the severity of prescription drug offenses, and speaking with an attorney beforehand, Phoenix residents can better protect their interests.

Phoenix residents, as well as those in the greater Maricopa County area, should contact an attorney immediately if they have been charged with a prescription related offense. Speaking with counsel can help you determine whether your Fourth Amendment rights were violated when the narcotics were seized; Fourth Amendment violations are more common than one may think. A consultation can also help a defendant to understand the larger ramifications of taking a plea offer and/or a conviction. These are benefits that you should not go into Court without. If you are charged with a prescription related offense in Maricopa County then contact a criminal defense lawyer immediately. We represent defendants in Phoenix and other cities such as Mesa, Glendale, Scottsdale, Chandler, and Gilbert. We also assist Pima County residents in Tucson.