The Purpose And Process Of Plea Agreements In Phoenix, Arizona Misdemeanor Cases 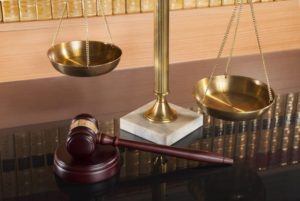 This is the next post in my series on whether Phoenix, Arizona defendants should plead guilty to misdemeanor charges as part of a plea agreement. My last post served as an overview of topics I will be addressing in this series and stressed the need to speak with a criminal defense lawyer before accepting a deal. Defendants have nothing to lose from taking the time to speak with counsel. In this post I will discuss the purpose behind plea bargaining and how the process will typically play out.

A large number of people are arrested in Arizona each year. The sheer number of arrests, in virtually every U.S. State, requires a system which allows plea bargains. If each and every defendant were to go to trial in their respective case then the system would simply collapse; the amount of resources needed to take so many cases to trial would require an unimaginable number of Judges, Court Staff, Prosecuting Attorneys, and Defense Lawyers. Also, a system without plea bargaining would not benefit the accused. There are many defendants who would stand little chance at trial and would be convicted on each and every count against them, whereas a plea agreement allows them to accept lesser charges. To put it simply, the number of people committing crimes requires our having a system which allows for plea bargaining.

The process of pleading guilty to misdemeanor charges in Phoenix, Arizona courts will depend on the charges one is facing. The first step in a case is the defendant’s arraignment; the prosecutor will often make an initial plea offer at the time of the arraignment. Assuming that you retained counsel in advance, your attorney will have already entered a not guilty plea for you and will have met with the prosecutor and obtained the evidence in your case. If an acceptable deal can be reached quickly then it may possible to enter the guilty plea at your first court appearance. If your defense lawyer believes that you have legitimate arguments to make then it may be more desirable  to begin the process of defending the case for trial. As the case progresses if a better plea offer is not made, then the defendant will proceed to trial. A plea agreement may be entered into anytime between the arraignment and trial.

Typically misdemeanor pleas are completed in a single court appearance (if you have an attorney they will have gone to the previous court dates on your behalf). The defendant will plead guilty and be sentenced immediately according to the terms of the plea agreement.

As a defense lawyer, I help defendants throughout Phoenix, Arizona in deciding whether or not to accept a plea agreement. Contact my office today for a consultation. I also represent Maricopa County defendants in Mesa, Glendale, Scottsdale, Chandler, and Gilbert and Pima County residents in Tucson.