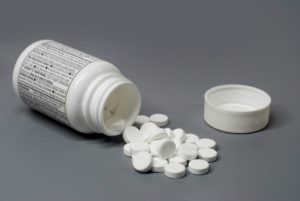 This post wraps up my series on the handling of prescription drug cases in Phoenix, Arizona. I wrote this series because it is not uncommon for those arrested to make the mistake of thinking that prescription related charges are “no big deal.” As I have discussed over my last several posts, these cases are something which, in fact, residents of Phoenix and Maricopa County should take very seriously. Being convicted of such an offense can result in incarceration, fines, community service, and a permanent criminal record. If you have been arrested for possessing narcotics without a prescription, or for distribution, then you should contact a criminal defense lawyer immediately.

I have addressed a number of issues over my last several posts. Topics I have looked at included:

It is understandable how many people could make the mistake of thinking that such charges are not a serious matter. America’s view of narcotics is changing rapidly with the legalization of marijuana and the changing way in which popular culture portrays drug use. The truth of the matter, however, is that prescription drug abuse is quickly becoming a serious issue in Phoenix as well as throughout the United States. The increased prevalence of such abuse is leading to increased prosecutions throughout Maricopa County.

If you have been arrested for the possession of a prescription narcotic then you should contact a criminal defense attorney as soon as possible. Counsel will be able to advise you as to whether your rights were violated during the arrest, how you should proceed with your defense, and whether you should enter the TASC program offered to many offenders. I regularly handle such matters. Contact my office today to schedule an initial consultation.