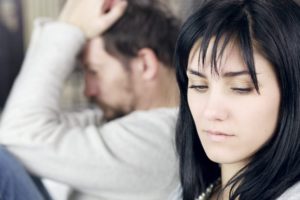 This is the final post in my series discussing what Phoenix residents can expect from the legal process following an arrest for domestic violence. Throughout this series I have attempted to answer questions that I commonly hear from clients who have been arrested on suspicion of the offense. Each post has been an attempt to provide more details regarding the legal process.

During the series, I have touched on a number of specific topics including:

A domestic violence allegation is serious and can continue to impact a person’s life on a number of levels. Once a person is convicted or pleads guilty to domestic violence then it may come back to impact job prospects, child custody, Family Court cases, immigration, affect where a person can find housing, and will take away the person’s right to own a firearm. In recent years many employers and government agencies have implemented policies against people convicted of domestic violence crimes. Ironically, these same employers and agencies do not have policies in place for those convicted of many violent crimes. This means that you can be denied a job or even immigration related benefits (like visas) for a conviction of disorderly conduct as a domestic violence offense, but not for an assault.  For many people the punishment can seem to be far worse than the reality of what happened. My intention of this series has been to urge anyone who has been charged with domestic violence to contact an attorney and discuss the specifics of their case in detail. It is a mistake to think that a district attorney cannot and will not prosecute you without the cooperation of the victim, as it is a mistake to believe the charges will “go away.” Because domestic violence allegations are often attached to a couple’s personal and unique relationship, many defendants falsely believe that a charge is “not that big of a deal.” The truth is that the charge is completely separate from your relationship and your criminal case will continue no matter what happens in your personal life. These charges must be addressed, and addressed early.

If you have been charged with domestic violence in Maricopa County then you should not attempt to handle the case yourself, even if the charge is a misdemeanor. Contact my office today to schedule an initial consultation. In addition to Phoenix I represent defendants in other cities such as Mesa, Glendale, Scottsdale, Chandler, and Gilbert. We also assist Pima County residents in Tucson.