Phoenix Attorney Defending Those Accused of Violating an Order of Protection 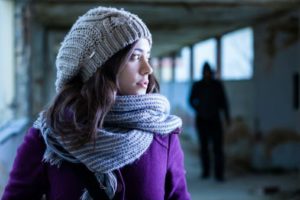 Arizona will issue an order of protection when one believes they are in danger of becoming the victim of domestic violence. Unfortunately, many charged with this offense believe it is “no big deal” as they see it as a private matter between parties. The state of Arizona and Courts, however, see it is as very big deal. Violating such an order can lead to misdemeanor charges and have a serious impact on one’s future. If you have been charged with violating an order of protection then you should contact our Phoenix criminal defense attorney today.

It is common for one charged with violating a protective order to think that it is simply a private matter between two adults. Arizona law, however, sees such matters as aggressive and threatening behavior. Those charged with this offense often face additional charges for assault, domestic violence, criminal trespassing, or disorderly conduct. These offenses can result in jail time, fines, and a permanent criminal record. If you have been charged with violating a protective order then it is important that you take the matter seriously and contact a criminal defense attorney.

Violating an order of protection is a violation of A.R.S. 13-2810. Such matters will be charged as Class 1 misdemeanor. This means that the defendant will potentially serve six months in jail and will have to pay a $2,500 fine. Charges will be brought in City Court or Justice Court depending on where the arrest took place. The defendant will plead guilty or not guilty at an initial arraignment. The Judge will set a trial date. It will be necessary for your counsel to gather evidence showing that the incident did not actually occur. This may include cell phone records, witness statements, etc. It will also be necessary for counsel to file a request that statements be kept out of Court if they were gained in violation of the Fifth Amendment.

Bretton Barber of the Barber Law Group aggressively defends Maricopa County residents charged with violating an order of protection. Bretton will work quickly to suppress any incriminating statements and physical evidence from the court proceedings. He will meet with you regularly throughout the process so that you understand what is happening each step of the way. Bretton will conduct a full investigation, ensure that all possible evidence is presented at trial, and will protect your rights throughout the process. Also, our office understands that most attorneys do a poor job of communicating with their clients and we strive to ensure that we are the exception to this rule. You are in a situation that will can have a grave impact on your future.

Call our Phoenix office today to speak with a defense lawyer. We also represent defendants in other Maricopa County cities such as Mesa, Glendale, Scottsdale, Chandler, and Gilbert. We also assist Pima County residents in Tucson.

The best defense against being charged with violating a protective order is to prevent the violation from happening in the first place. If one has been issued against you then our office may be able to have it dismissed or lifted if the justification behind the filing is baseless. This is done by challenging the Order in Court. Defendants of an Order will be entitled to only one hearing. The fact that a defendant is given a single opportunity to challenge the Order makes it crucial that you have an attorney during the process. If you have been served with a protective order in Phoenix then you should contact an attorney right away. Bretton Barber will investigate all possible defenses, including the possibility that you came into contact with the victim accidentally and did not mean to violate the terms of the Order. Contact our office today.