What Happens Immediately Following a Phoenix Arrest For Domestic Violence 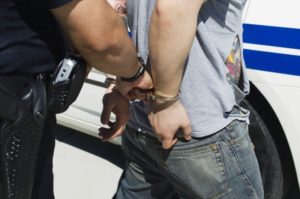 This is the next post in my series explaining what Arizona residents can expect to happen during the legal process after being arrested on suspicion of domestic violence. My last post provided an overview of topics that I will be covering throughout this series. In this post I will discuss what occurs during a Phoenix arrest and immediately following detention.

The large majority of domestic violence related incidents occur in the home of a private residence. Law enforcement is generally called to the scene either because the victim calls 911 or a concerned neighbor calls the police and asks them to come investigate. When law enforcement arrives on the scene investigators will immediately begin observing the environment. While approaching a residence the officers will listen for sounds of yelling, objects breaking, or other evidence of a crime in progress. If evidence of a crime is not immediately apparent then the responding police officer will question all parties present in order to determine if a crime has taken place. The parties that are alleged to be fighting will be separated immediately and interviewed individually to determine if everyone is telling the truth. Officers are trained to look for bruises, cuts, broken furniture, bleeding, or scratches on all parties. Responding police will take statements from all persons inside the residence. If one person in the residence makes an assault claim against another, or officers observe evidence that an assault has occurred, then an arrest will be made. During the initial investigation officers may also take pictures of the crime scene, take pictures of victim injuries, or write down a detailed account of what they observed at the scene of the crime.

An arrest may also be made if one person claims that another is on their property illegally, that the other party is harassing them, or that one party entered the home with the intention of committing a crime. In cases of suspected domestic violence, Phoenix police will generally err on the side of making an arrest rather than placing a possible victim in danger by leaving. This is especially true because of the unusual law for domestic violence allegations. Unlike any other misdemeanor, the law specifically instructs police when they should and when they must make an arrest for domestic violence.

Once an arrest has been made, the suspect will be detained in the local jail and brought before a Judge for an initial appearance within 24-hours. Most persons who have been arrested on relatively minor domestic violence related charges will be released on their own recognizance without having to post bail or bond. The exception to this rule is if the suspect has a history of skipping Court appearances, has a significant history of violent convictions, or if the crime in question is likely to be charged as a felony. Otherwise, the Court assumes that the person can be trusted to return for all additional Court hearings on their own.

The defendant should consult with a criminal defense attorney as soon as possible once they have been released. The next step in the process will involve the prosecutor deciding whether or not there is enough evidence to move forward with a case. While an attorney is not required at this point in the process, investigators may wish to interview you a second time during their follow-up investigation. Consulting a criminal defense attorney prior to talking further with police may make a dramatic difference in the progression of your case. Someone in this situation needs to at least speak with a lawyer at a free consultation before ever speaking to the police about anything. Contact our office today for more information. In addition to Phoenix I represent defendants in other Maricopa County cities such as Mesa, Glendale, Scottsdale, Chandler, and Gilbert. I also assist Pima County residents in Tucson.