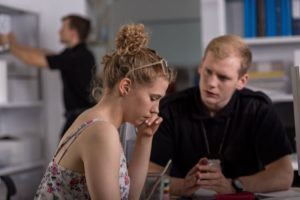 This is the next post in my series explaining how search and seizure issues impact criminal cases in Phoenix, Arizona. My last post discussed the process for having illegally seized evidence excluded from Phoenix court proceedings. The outcome of that process will often decide the outcome of a criminal case. In this article I will analyze whether one’s rights were violated when they spoke with the police.

The Fifth Amendment to the United States Constitution extends citizens certain protections against the making of self-incriminating statements. The Miranda decision requires that people be informed of their right to an attorney before the police begin what is known as a “custodial interrogation.” A custodial interrogation  occurs when one is being asked questions from the police while in a situation where  they feel they are not free to leave. It is important to understand, however, that the Court does not view whether one was “free to leave” in the same way as an average citizen would, and this has led to some odd conclusions about a person actually is or is not free to leave. Understanding the distinction helps one to determine whether their rights were violated by law enforcement.

Whether an Arizona resident is in custody, for Miranda purposes, depends on the circumstances. You are not in custody simply because the police stop you on the street, or pull over your vehicle, and ask you questions. Conversely, you do not need to be placed under formal arrest for Miranda to apply. Remember that the Fourth Amendment protects us against unreasonable searches and “seizures.” This means that you can be “seized,” or arrested, without ever even having been put into handcuffs. Once you are in the position of being seized, Miranda applies. In determining whether the police need to read you your rights, the Court will look at facts such as:

The rights afforded under Miranda are, simultaneously, the most known and most misunderstood rights a criminal defendant has. Virtually everyone knows that they “have some rights” but few actually understand when those rights apply or how they work. As a result, it is common for defendants to feel their rights were violated when they were not. It is equally common, however, for one to not realize that their rights were violated out of a mistaken belief that one must be under formal arrest for Miranda to apply. As explained above, that is not the case. If you are a Phoenix resident and you made incriminating statements to the police then you should contact a criminal defense lawyer immediately. I also service other Maricopa County cities such as Mesa, Glendale, Scottsdale, Chandler, and Gilbert and I assist Pima County residents in Tucson.