Why Phoenix Residents Should Hire a Lawyer for Their DUI Case 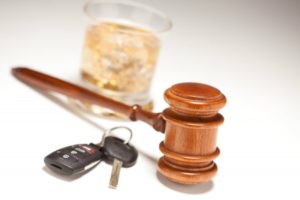 This is the next post in my series on why Phoenix residents should hire a lawyer in misdemeanor cases. My last post focused on why it is a mistake to represent yourself when facing domestic violence charges. In this article I will focus on another common area in which people often do not wish to spend the money for an attorney – situations where one is charged with driving under the influence. For the reasons stated below, it is a mistake to think that you do not need counsel in such matters.

Many Phoenix residents make the mistake of thinking that DUI cases are “open and shut.” This belief comes from a lack of understanding of how such cases work. Just because an officer stops you, and you had been drinking, it does not mean that you have no choice but to accept a DUI conviction. There are several defenses available in such matters. If, for example, the officer did not have reasonable suspicion for stopping your vehicle then the case may possibly be dismissed due to violations of your Fourth Amendment rights. If equipment used by the police in conducting tests was not properly calibrated then another possible defense may be available. When one understands that there are options in a DUI case then the need to hire a criminal defense attorney becomes apparent.

Many people err in thinking that they should not hire a lawyer after having been arrested for driving under the influence. The first reason for this is the mistake, discussed above, of believing that one cannot fight a DUI. The second reason for this belief is that many feel an attorney will not get them a better deal then they could otherwise get for themselves. If you hire a lawyer who is not afraid to litigate your case, and will take the time to do so, then this second reason also proves false. My office, for example, will go as far in some cases as to even hire our own scientific experts in order to have blood samples retested. I have a history of litigating DUI’s in Phoenix and Maricopa County and frequently get defendants better resolutions then I feel they would have received on their own.

It is a grave mistake to not hire an attorney for a DUI case. Contact our office today for an initial consultation. In my next post I will conclude this blog series with additional considerations as to why one should hire a lawyer when charged with an Arizona misdemeanor.